Rick was born in Westchester PA, and four months later his family moved to Cinnaminson, NJ where they attended Westfield Friends Meeting. Shortly after being confirmed in the Quaker Church his family relocated again, this time to Olney in Montgomery County, MD. After graduating from high school Rick enlisted in the USAF and for the next four years, he was stationed at Fairchild AFB in Washington, Kunsan AB in South Korea, and Myrtle Beach AFB in South Carolina, which is where he met his wife Kerry.

Rick and Kerry were wed in October 1987. They have a son, Timothy Miles, a daughter, Fallon Parvin (Matthew), and two grandchildren, both girls. Rick has run a local automotive service since 1987, and Kerry has worked as a teacher’s aide at an area Christian School for the past ten years. The family have been attending OVUMC since 1992, and were baptized by Pastor Fred in the surf at the end of Mercer Street in June 1996.

Rick began to be drawn into Christian community and discipleship at Ocean View, and gives thanks to God especially for the fellowship and guidance he got from the many caring members at Ocean View who persuaded Rick into Disciple Bible Study, Hurricane Floyd work relief teams, Kairos Prison Ministry, Life in the Spirit small group study, and Walk to Emmaus retreat. These, along with all of the book studies which Ocean View is so famous for are some of the tools which God used to form Rick’s spirituality as a new Christian at Ocean View.

These are some of the small group activities in which Rick was participating when he was born from above and received his calling to preach the Gospel of Jesus Christ. And these, along with the many others Ocean View has to offer, are the opportunities which Rick believes he has been sent here to help facilitate. So, he invites and encourages you to come see what Love can do at Ocean View! 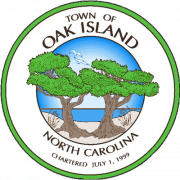